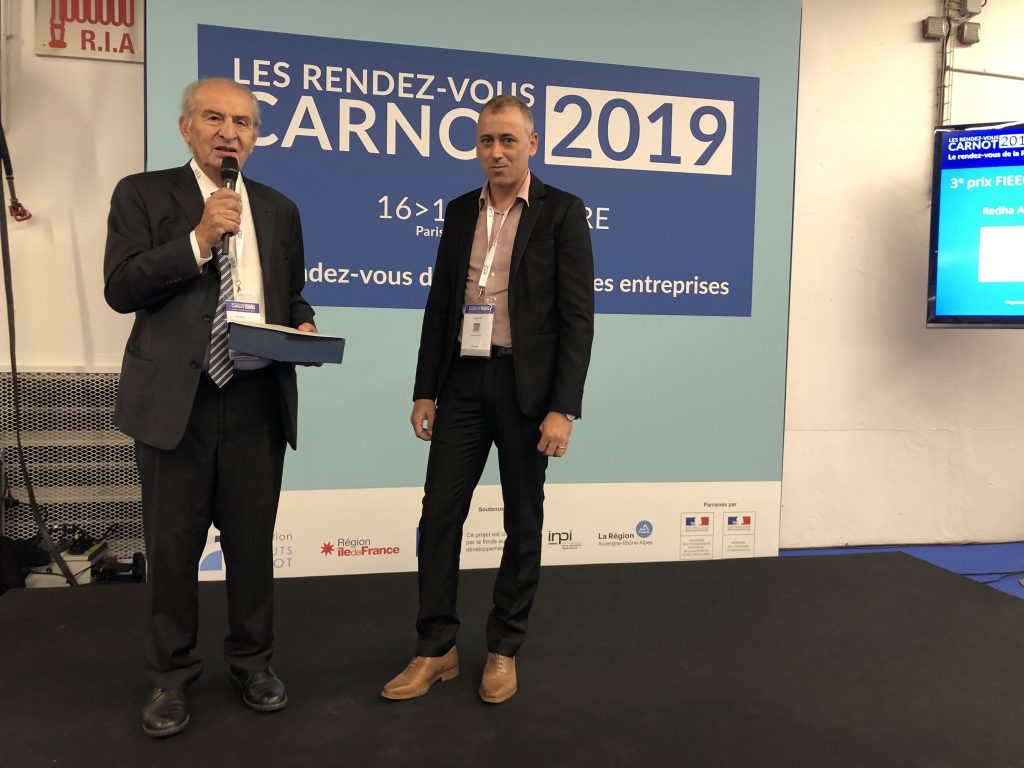 Redha Abdeddaim has received the 3rd Prize of “FIEEC Carnot Prize for Applied Research 2019” on this thursday October 17.
This prize rewards researchers who have conducted a research partnership with an SME with a real economic impact such as job creation or a significant increase in turnover.
It is the case with Multiwave Imaging through the M-Cube project.

On the occasion of the “Rendez-vous Carnot” held in Paris from 16 to 17 October, the 3 winners were announced. Each of them has particularly distinguished itself for its work developed and applied in conjunction with an SME-ETI to generate growth and jobs. For Joseph Puzo, FIEEC Vice-President in charge of innovation : “For almost 10 years now, the FIEEC Carnot Prize for Applied Research has been dedicated to promoting and enhancing successful partnerships between research structures and small and medium-sized industrial companies with high potential for innovation and job creation. The 27 partnerships that have won awards since the creation of the prize have irrigated the economic fabric of our country and created several hundred jobs. It is an opportunity for our territories and a pride for our industries.”

The Federation of Electrical, Electronic and Communication Industries (FIEEC) brings together 29 professional organisations from the electricity, electronic and communication industries. FIEEC members represent 3,000 companies with 400,000 employees and a turnover of €100 billion in France, 46% of which is exported. FIEEC is a member of the European association Orgalim, France Industrie, Medef, CPME and UIMM.