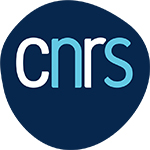 The Centre National de la Recherche Scientifique (National Center for Scientific Research) is a public research organization under the responsibility of the French Ministry of Education and Research.
The Langevin Institute “Waves and Images” was created January 1st 2009. It is founded on the skills of the “Laboratoire Ondes et Acoustique” and of the “Laboratoire d’Optique Physique” of the school in order to develop at a world level the study of waves for new applications and new methods of imaging. The research conducted within this CNRS unit (UMR) goes from the basic and theoratical physics to the most elaborate applications, from multiwave imaging (acousto-optic, photo-acoustic, ultrasound or MR elastography) to the original focusing techniques (time reversal, inverse filter, controlled wavefront), through start-up foundation in biomedical, telecommunication, domotic, etc…
The project will be developed inside the team “Acoustic and Electromagnetic wave propagation in complex media”. This last years, this team performed many studies on the wave propagation of electromagnetic waves inside locally resonant materials.